If you’re still trying to wrap your head around Bitcoin and overall cryptocurrency phenomenon, you probably know just two things about it. First, you know it’s potentially the next big thing, and that you should somehow get involved with it before you miss out.  Second, you really wish you understood how it works.   It becomes much easier to pull the trigger and trade your hard earned cash in for an alternative investment like crypto when you have clarity.  Conversely, I think most people aren’t pulling the trigger because they simply don’t understand it.  Lack of clarity is the biggest reason people don’t take action.

I’m going to break it down using 2 analogies, the first one is not quite a full explanation but it’s close and it uses a tool to explain it that most of us in the business world use every day.  The second one is the best explanation I’ve heard and helped me to get my not so intellectual brain wrapped around it.

As for its definition, blockchain is a public digital ledger used to record transactions across many decentralized or distributed computers in a peer-to-peer network, where transactions are added to a block. Blockchain uses existing cryptography schemes to append new blocks to previous blocks. This way, blocks are never overwritten or destroyed, just appended to, forming a chain of blocks, hence “blockchain.” This chain of blocks is synchronized across all of the nodes by providing an economic incentive to the node that is able to first validate and then add the block to the chain by solving a complex mathematical task.

Block: A container of data or information. Not a literal one, but a unit of information that can exist in various forms. 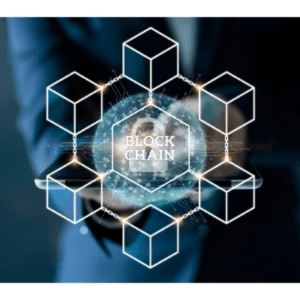 With us so far?  Let’s use some analogies to explain blockchain… 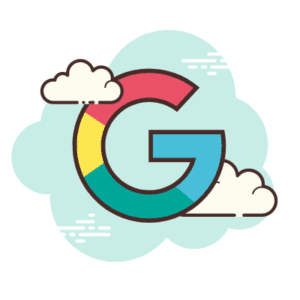 With Microsoft Word or Excel, working on a document requires lots of back-and-forth. A person works on a document, and the recipient has to wait for the author to send the file back before the recipient can make edits or add comments.   Making a change, addition or comment and then emailing it back to your team, then they make their changes, and email it back to you, and so on, becomes, well, a real pain in the a$$.

Comments, notes and other changes made to the document are only visible to the person working on it, or someone sitting nearby watching the author working.  The only way around this is to look over the author’s shoulder, which wouldn’t work well as you can imagine.

However, with Google Docs, you and everyone else who the documents have been shared with can access the file and collaborate with whoever is working on it in real-time. Everyone with access can view it, make comments or suggest changes, and even the revision history is visible to all guests. What’s seen and entered cannot be denied by anyone, and one person can’t make a change without everyone seeing the change.

That, friends, is  how blockchain works. Of course, instead of it being a shared document, it’s a shared ledger that all involved parties have access to. Whatever changes within it can be verified by everyone in that network.

The analogy I like best involves people living in a fictional village. Well, it’s not so fictional actually because this actually happened several hundred years ago on a remote island country:

A village comprised of about 10 families would farm, hunt and gather their goods and would trade them with each other. They trusted each other quite well. If the farmer didn’t have any rice to trade for the hunter’s meat, the hunter would let it slide and would wait for the rice harvest. But the villagers started making too many promises and it got more difficult to keep track of these promises. 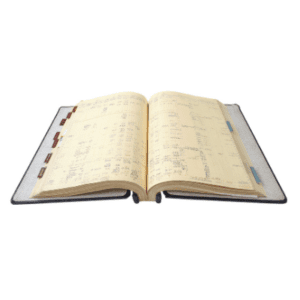 So the village appointed “LedgerMan” to keep track of all the services exchanged among the people to keep things fair and honest. It worked well for a while and the villagers trusted LedgerMan. However, he started charging a small fee for his scorekeeping, because it felt like a full-time job. Unfortunately, he started to accept bribes and even went on to unfairly raise his prices.

After much fighting and chaos, the villagers ousted LedgerMan. Scrambling for solutions, they came up with the perfect replacement – everyone would keep a ledger! They called it the Smart Ledger system.

Villagers from all the families would gather at the village square throughout the day. At these gatherings, they would trade goods and everyone would keep track of every promise made in their ledgers.

Once a week, each villager would read out one another’s ledger to check for discrepancies. If there were any, the villagers would cross-check all ledgers and would choose the most commonly entered record as the correct one.

Blockchain works exactly like the Smart Ledger system, except that the records are stored digitally. Banks, lenders and institutions, though, use a centralized system that can be easily manipulated and kept away from the public.

It’s important to note that blockchain itself isn’t a device, a machine or a cryptocurrency even. It is a system, a method to keep track of information. With that said, cryptocurrencies – bitcoin, ethereum, litecoin and every cryptocurrency out there – works on a blockchain platform.

And this public ledger goes beyond currency. More companies and industries will rely on blockchain to create safe houses for sensitive data and information for which there’s no room for manipulation. So to put it plainly, blockchain technology is the future, including yours.