How To Avoid Losing All Your Chips

If you were to give me some free time and tell me to go do anything I want to do, within an hour you’d find me at the highest stakes poker table I can find. I fell in love with the game back in my college dorm room days, staying up all night with the guys betting quarters and quoting Matt Damon from the cult classic “Rounders”. I love the strategy, the competition, reading people, the math, odds, but most importantly, I love winning. Winning money. I know, shocking right? Despite what the ESPN highlight videos might show you, the best poker players in the world very much try to avoid going all in. They prefer to get involved in smaller pots that they can gradually accumulate chips and create an advantage by bullying the other players off their hand. This term is called “fold equity”, which means you may not have the best hand, but by potentially forcing a better hand to fold, you gain an edge.

The best players don’t like to be in a position where they have to risk all of their chips. Why? Because even with the best hand and with 2 or even 1 card to come, they have a chance of being knocked out of the game. Completely knocked out and headed to the rail. It’s the worst feeling for a poker player to see their chips disappear and know they can’t play anymore. Even when they’re running good, meaning everything is going their way – they’re making the right moves at the right times, and on top of that they’re catching good cards – good players don’t like to go all in, and they certainly don’t like it when other players go all in on them, even when they’re pretty sure they have the best hand.

Just like a skilled poker player, you want to avoid going all in on any one investment at all costs.

Even when it’s running so well. Even when it appears there’s NO WAY it could drop. Because if it does and there’s always that chance – no matter how solid it is, if it tanks you’re out of the game.

Back in 2016 I began my journey as a real estate investor. I researched and learned as much as I could and eventually settled upon the Indianapolis market, specifically residential single family and up to 4 units. The first 12 months, I was crushing it. At the prices I had purchased vs the rents, I was getting 30-40% returns. I had stumbled onto a company and a market that was real estate gold – or so I thought. I told a lot of people about it because I believed in the operation and the model. I brought in over 20 investors – friends, colleagues, and friends of theirs. As the saying goes, it worked until it didn’t. Come to find out, the turnkey operator I had purchased from and who also managed the properties was paying out FAKE rents. Now why on Earth would anyone pay out fake rents? Because it was a Ponzi scheme – he was luring us in with consistently great returns and incentivizing us to purchase more properties that he didn’t actually rehab nor bother to place a tenant.

Just like any business or operation not built on solid fundamentals, it came crashing down, and really fucking hard at that. All of my 15 units went from full rent to no rent within a month. On top of that, there were squatters, trashed out units that needed a shit ton of rehab that I had already paid for that was never done beyond some lipstick on a pig. Not one unit had working plumbing, electrical, or heat. And to make matters worse, I had referred 20 other investors to this. The pressure I felt was nearly unbearable.

And so much that could have been avoided with some trust but verification. None of us ordered a background check on this man. None of us ordered inspections. And too many investors, including me, put TOO MUCH of their assets into this one asset, because it started off so strong. It was like the famous tennis player Anna Kournikova – it looked good, but couldn’t win. One lady that I referred invested her entire net worth into the deals. Had she properly diversified her asset allocation, yes it would have stung, but it wouldn’t have been the huge life altering ordeal that it ended up becoming.

As good as cryptocurrency looks right now, as staggering as the returns predicted, and as quickly as this asset goes up, I’ve learned my lessons – I’m not going all in! What looks really good right now can change very quickly especially in a highly volatile asset! As new investable income flows in, it will then flow in to increase ALL of my investment classes – whole life insurance, pre-IPO’s, value and growth stocks, new real estate projects, self-storage syndication, and crypto.

Asset allocation, although not sexy and fun like crypto, is how we win the game at Indestructible Wealth. 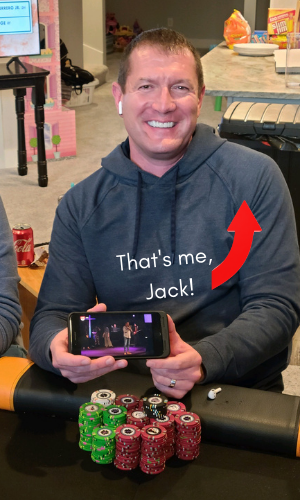 Learn My 7 Steps To Indestructible Wealth

In 5 Weeks You Will Learn:

The power of “Productionist” thinking.

How to take small shots at gigantic returns.

How to research the market like a Wall Street pro.

How to make high-risk, high-reward plays that pay off… 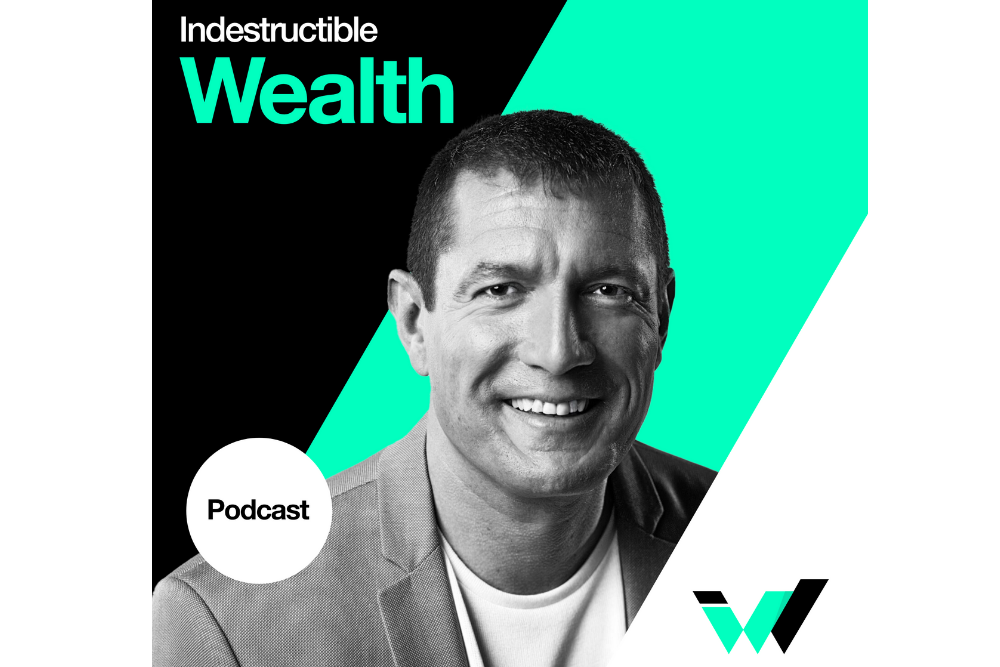 Listen on Spotify
Listen on Apple